Former Chrysler Showroom on the West Side to Become Science Labs 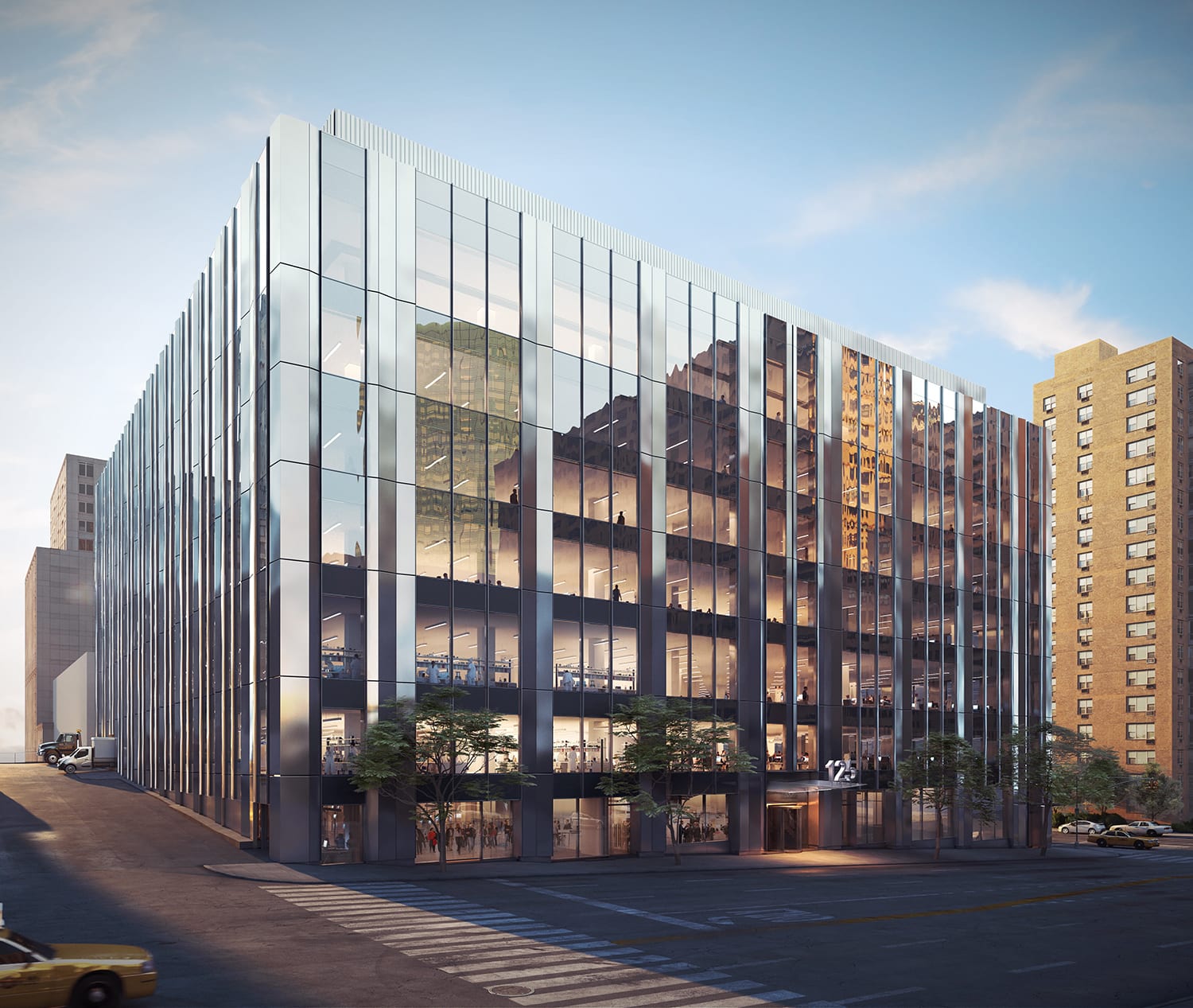 While many developers are turning the large, former automotive showrooms on the Far West Side into office space, Taconic Investment Partners and Nuveen Real Estate have decided to transform one such building into lab space for life sciences firms, which have thrived in the midst of an economy shattered by the pandemic.

The property was, until recently, part of the Disney-owned ABC campus on the Upper West Side. Taconic and Nuveen purchased the seven-story building at 125 West End Avenue and two other adjacent sites for $230 million last year. ABC will continue to use the Art Deco industrial building as television studios until it moves downtown in January 2021.

When construction starts early next year, the building will be completely reclad in a glass and aluminum curtain wall system that allows it to become much more energy efficient. The facade work will involve removing the existing brick windowsills and enlarging the windows, so they are floor-to-ceiling.

Removing the interior windowsills and radiators also give the developers more rentable office and lab space on each floor. The exterior columns will be clad in a painted aluminum that is creased, in order to give the appearance of movement as the sun reflects off of them at different times of day, according to architect Matthew Malone of Perkins&Will, who is overseeing the project.

“We couldn’t wholesale change the building’s structure,” Malone said. “The overclad [facade] does this thing of repositioning the building as a completely new building on the marketplace, and it allows us to improve the building’s energy performance.”

The 1930s property was originally constructed as a showroom and body shop for Chrysler. Like many of its Albert Kahn-designed neighbors to the south, the building includes a massive, interior helix-shaped ramp, which begins at street level and continues up through each floor to the roof. While the street-level remnant of the ramp will be removed, the rest of it will remain. The architects plan to convert it to a series of small conference areas, libraries and cafe spaces, depending on what tenants want.

The architects have also teamed up with engineers at JB&B to develop energy-efficient heating and cooling systems for the building. That includes water-chilled air conditioning with chiller towers on the roof, and an energy-recovery system that captures the heat from the cooling towers and condensers and uses it to heat the building. The new HVAC system will also bring in new outside air several times an hour, something sure to appeal to lab and office tenants post-COVID.

The new mechanical core will also include destination dispatch elevators, which the architects hope to link to a touchless entry system.

An amenity floor in the basement will have a conference center, bike storage, lockers and showers.

Taconic plans to convert the building into 50 percent office space and 50 percent lab space. And with 54,000-square-foot floor plates, tenants will have the option to intermingle or separate labs and offices as they see fit.